21 For although they knew God, they neither glorified him as God nor gave thanks to him, but their thinking became futile and their foolish hearts were darkened. 22 Although they claimed to be wise, they became fools 23 and exchanged the glory of the immortal God for images made to look like a mortal human being and birds and animals and reptiles.

24 Therefore God gave them over in the sinful desires of their hearts to sexual impurity for the degrading of their bodies with one another. 25 They exchanged the truth about God for a lie, and worshiped and served created things rather than the Creator—who is forever praised. Amen.

26 Because of this, God gave them over to shameful lusts. Even their women exchanged natural sexual relations for unnatural ones. 27 In the same way the men also abandoned natural relations with women and were inflamed with lust for one another. Men committed shameful acts with other men, and received in themselves the due penalty for their error.

28 Furthermore, just as they did not think it worthwhile to retain the knowledge of God, so God gave them over to a depraved mind, so that they do what ought not to be done. 29 They have become filled with every kind of wickedness, evil, greed and depravity. They are full of envy, murder, strife, deceit and malice. They are gossips, 30 slanderers, God-haters, insolent, arrogant and boastful; they invent ways of doing evil; they disobey their parents; 31 they have no understanding, no fidelity, no love, no mercy. 32Although they know God’s righteous decree that those who do such things deserve death, they not only continue to do these very things but also approve of those who practice them.

1 You, therefore, have no excuse, you who pass judgment on someone else, for at whatever point you judge another, you are condemning yourself, because you who pass judgment do the same things. 2 Now we know that God’s judgment against those who do such things is based on truth. 3 So when you, a mere human being, pass judgment on them and yet do the same things, do you think you will escape God’s judgment? 4 Or do you show contempt for the riches of his kindness, forbearance and patience, not realizing that God’s kindness is intended to lead you to repentance?

5 But because of your stubbornness and your unrepentant heart, you are storing up wrath against yourself for the day of God’s wrath, when his righteous judgment will be revealed. 6 God “will repay each person according to what they have done.”[a] 7 To those who by persistence in doing good seek glory, honor and immortality, he will give eternal life. 8 But for those who are self-seeking and who reject the truth and follow evil, there will be wrath and anger. 9 There will be trouble and distress for every human being who does evil: first for the Jew, then for the Gentile; 10 but glory, honor and peace for everyone who does good: first for the Jew, then for the Gentile. 11 For God does not show favoritism.

12 All who sin apart from the law will also perish apart from the law, and all who sin under the law will be judged by the law. 13 For it is not those who hear the law who are righteous in God’s sight, but it is those who obey the law who will be declared righteous. 14 (Indeed, when Gentiles, who do not have the law, do by nature things required by the law, they are a law for themselves, even though they do not have the law. 15 They show that the requirements of the law are written on their hearts, their consciences also bearing witness, and their thoughts sometimes accusing them and at other times even defending them.) 16 This will take place on the day when God judges people’s secrets through Jesus Christ, as my gospel declares. 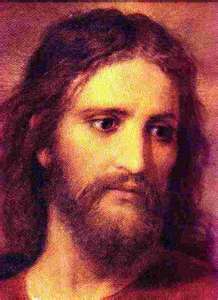 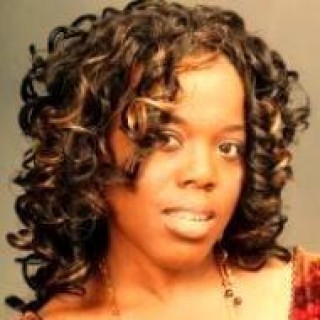 About the Author Thelma Cunningham was educated in the Baltimore City Public Schools where she graduated from Mary E. Rodmand Elementary and Gwynn Falls Park Junior High School. She graduated from Edmondson Senior High School in the year of 1977 and went to the Community College of Baltimore later in life and graduated from there in 1992 with an A.A. Degree. She received various scholarships from Community College of Baltimore. She completed her B.S. Degree in Psychology and Early Childhood Education in 1998 at Coppin State University in Baltimore, Maryland. She belonged to various Honor Societies while attending Coppin State. She is currently married to John Cunningham who is also a graduate of Coppin State. Going on 12 years of marriage since graduation. Cunningham is currently a member of the Maryland Writer’s Association, Standford Who's Who 2010-2012 and is affiliated with online organizations such as Wild Poetry Forum and Writing World. The author has written 2 poetry books. 2nd "Say It With Poetry"Triumpet Poetry 114 new poems. 1 book of poetry soon to be published with 135 new poems. 1 Fairy Tale-"Lisa's Unforgettable Stories.-First Mommy Series-7 Stories in all with 12 short stories to follow. 1 book to be written in memory of mom. Web sites: www.authorthelmacunningham.com thelmacunninghamterriblogspot.com